Dougie on the spider 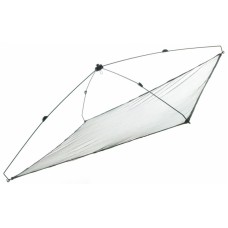 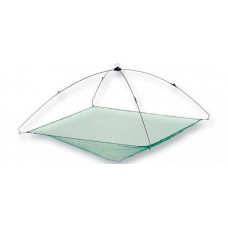 We want to draw your attention to a slightly different, but less productive way of fishing. It's about fishing with fishing spiders.

Fishing spiders are almost a 100% chance of a big catch. It is also worth noting that not only a professional of a kind of activity can cope with this device, but also an absolute beginner who can only take the path of a true fisherman.

Fishing spiders are a woven network that is cut in the shape of a square and attached to two aluminum pipes or simply iron, crossed in the center or connected with a cross, thus having the appearance of a spider or a water meter.

The network fabric is most often made of fabric, less often of nylon. Most fishermen prefer aluminum tubes because they are considerably lighter than their metal counterparts, but due to their low weight, they provide the opportunity to use longer tubes, which will increase the area of ​​the spider itself. The tubes have special serifs or fastening rings for attaching the network, and on the other hand, they enter the special holes of the cross.

The spider is used with the help of a large aluminum pipe or a wooden stick, to which a spider is attached to the horse, and the other is held in the hands of a fisherman. Some fishermen rest the second end on the ground, and they wind the rope to the first, thanks to a simple adaptation, the amount of force that will be expended on using the spider can be significantly reduced. In our store you can find not only a large variety of spiders but also purchase individual parts of the spider if necessary.

The main variety of fishing spiders consists not only in their sizes (it should be noted that the size can vary from 1.5. Meters to 3 meters), but also in the material from which the web is made, mesh size, one-piece construction or one consisting of several segments.

It is worth starting with the size. The most popular is a 2x2 meter spider. It is large enough, but at the same time very convenient to use. Beginner fishermen prefer a meter spider, because it is much easier. The catch also directly depends on the size of the spider, because when you raise a spider, you have the opportunity to catch only that fish that is above the perimeter of the spider.

The material of the net web affects the weight of the spider (kapron thread is much heavier than nylon), but do not forget that when fishing in the lake, kapron string will be much more often tangled in algae, which will complicate fishing. At the same time, nylon thread is significantly inferior to kapron in strength.

The most popular spider - has at its base a cross in which arcs are inserted. But you can also see spiders, in which the arch and the crosspiece are one solid design. This greatly simplifies the assembly process, but affects the transportation of such a spider. If you have a personal vehicle, you can safely buy arcs that are soldered into the cross. If there is a need to carry a spider in your hands and assemble directly at the place of fishing, we recommend that you purchase a collapsible spider. You can learn more detailed information about both the spider and its components from our managers, who with a great pleasure will not only help you with the choice, but also talk about the advantages of a particular product.

Now, we want to draw your attention to other varieties of this method of fishing, we will focus on fishing with the help of rubbing and raking.

Yater is a cylindrical pipe, which is made of a nylon network, inside has aluminum rings. The diameter of the yater can reach 1 meter, and the length is more than 3 meters.

At the bottom of the yater is a wider passage through which the fish swim there. Next is a narrower passage so several times, swimming through each subsequent passage the fish has less and less chance of getting out.

The principle of operation of the creel is very similar to the one used in the yater, only the creel has only one tunnel, climbing into which the cancer begins to get confused, thereby losing the chances of release.

The benefits of alternative fishing gear.

All of the above fishing methods are significantly superior to primitive fishing for fishing rods or spinning, because:

- these gears can be used on any body of water, regardless of depth or course;

- in our store only high-quality gear is sold, which at one time was made from no less high-quality materials. The nylon thread that we use in the manufacture of spiders or hawks does not fade in the sun and does not deteriorate in the event of a long downtime in the water;

- It is not necessary to be a professional fisherman in order to use these gear. Even the youngest newcomer to fishing will cope with a spider or an amphibian;

- all gears are amenable to both spot and general repair. By the way, this can be done at homex. "Sete Snasti" shop has all the necessary materials;

- not a high cost. One yater is capable of catching much more fish in a few hours than a professional fisherman who will use expensive baits and spinning rods.

We do not just recommend, we suggest you purchase a fishing spider in our store. Managers will be happy to help you choose the right gear depending on your expectations and the level of fishing skills.